Create an Account - Increase your productivity, customize your experience, and engage in information you care about.

A Sense of the Past

Lampasas was originally settled by John Burleson in 1850. The city was first named Burleson, however the name was gradually changed to Lampasas Springs because of the existence of seven mineral springs. Lampasas County enjoys many fine attributes such as two significant springs producing more than 3,000,000 gallons of water daily.

Tonkawas, Apaches, and Comanches were all drawn to the mineral springs in the Lampasas area long before the first white settler came. Flowing springs, rivers, and streams filled with fish, and a countryside teeming with game such as white-tail deer, turkeys, pronghorn antelope, and buffalo made the area popular spot for Indians to hunt, fish and camp. Early European settlers also were attracted to the area. After the buffalo were exterminated by hide hunters and the Indians were pacified, settlers found the area ideally suited for the grazing of cattle, sheep and goats. The mineral springs continued to draw visitors, but instead of Indians, it was new comers looking for cures for ailments in the cool sulphur water.

For his services in the Texas Revolution, John Burleson received 1,280 acres of land and established a permanent settlement in the 1850s. When the county was created in 1856, the law specified "The county seat shall be same name as the county." The City of Lampasas was officially incorporated in 1883.

Several theories attempt to explain how the name Lampasas came to be. The Texas Almanac states the word came from a Spanish word for "lilies" that are found in nearby streams. Another source states the word comes from the Spanish word "Lampazos." It was given to the river by the Spanish Aquayo Expedition in 1721. It is believed the name was inspired by a Mexican town that also had beautiful springs.

Lampasas County emerged from an era of strife and tension in the 1870s into one of development and stability. The railroad arrived in 1882, and the town prospered with the creation of spas and resorts at Hanna and Sulphur springs. The famed Park Hotel was located near the present day Hancock Springs Bathhouse. The structure was 331 feet long and two stories high. It had 200 guest rooms. The railroad would bring the visitors to the area and mule drawn streetcars would take them to either the Park Hotel or one of the other six hotels in Lampasas. One, Star Hotel, still stands.

In late 1800s Lampasas had a volunteer fire department, a college, an opera house, churches, and a stage coach inn. In the early 1900s a citizen decided to drill for oil just south of the present day football field. They struck Sulphur water, and it became know as the Abney Plunge. The Abney Well was opened for the public in 1906. Public schools started in the early 1900s. In the 1920’s buses started coming through.

In 1933 the first hospital was built and it is still in operation. Sixty-three years to the day, since the destructive flood of 1873, Lampasas experienced the worst flood on record in 1936. The businesses around the county courthouse were the most heavily damaged.

The military has played a big role in Lampasas since the establishment of Camp Hood 1942, it became Fort Hood in 1950. Today, It is the largest military base in the world.

In 1957, after seven years of drought, the clouds opened and up to 12 inches of rain fell on the area west of town. This was worse than the 1873 and the 1936 floods. Five persons drowned, and more than 100 homes and businesses were destroyed or damaged. Water was seven feet deep in the Lampasas County Courthouse. To help prevent similar occurrences, numerous flood prevention dams have been built.

As the population increased, the county expanded to accommodate its growth. Modern apartment complexes, fashionable homes, restaurants, and a variety of other small businesses spring up throughout the community. 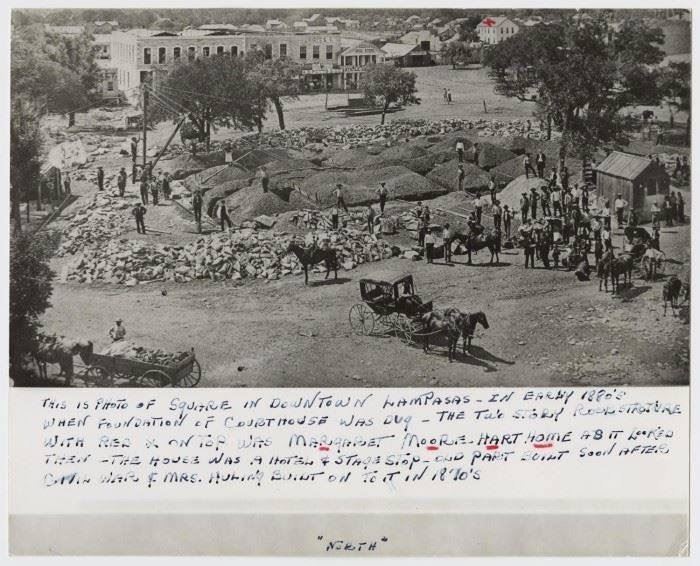 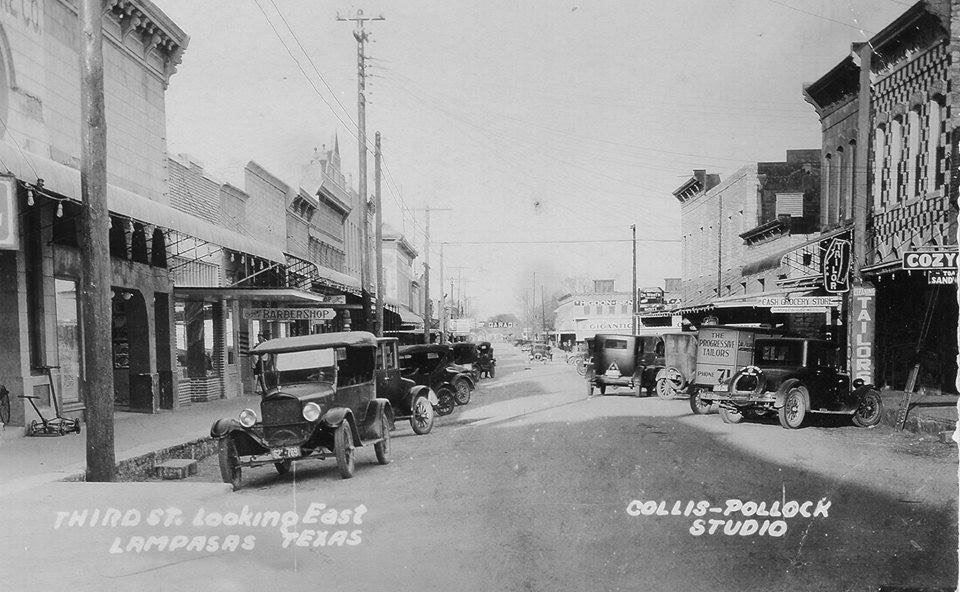 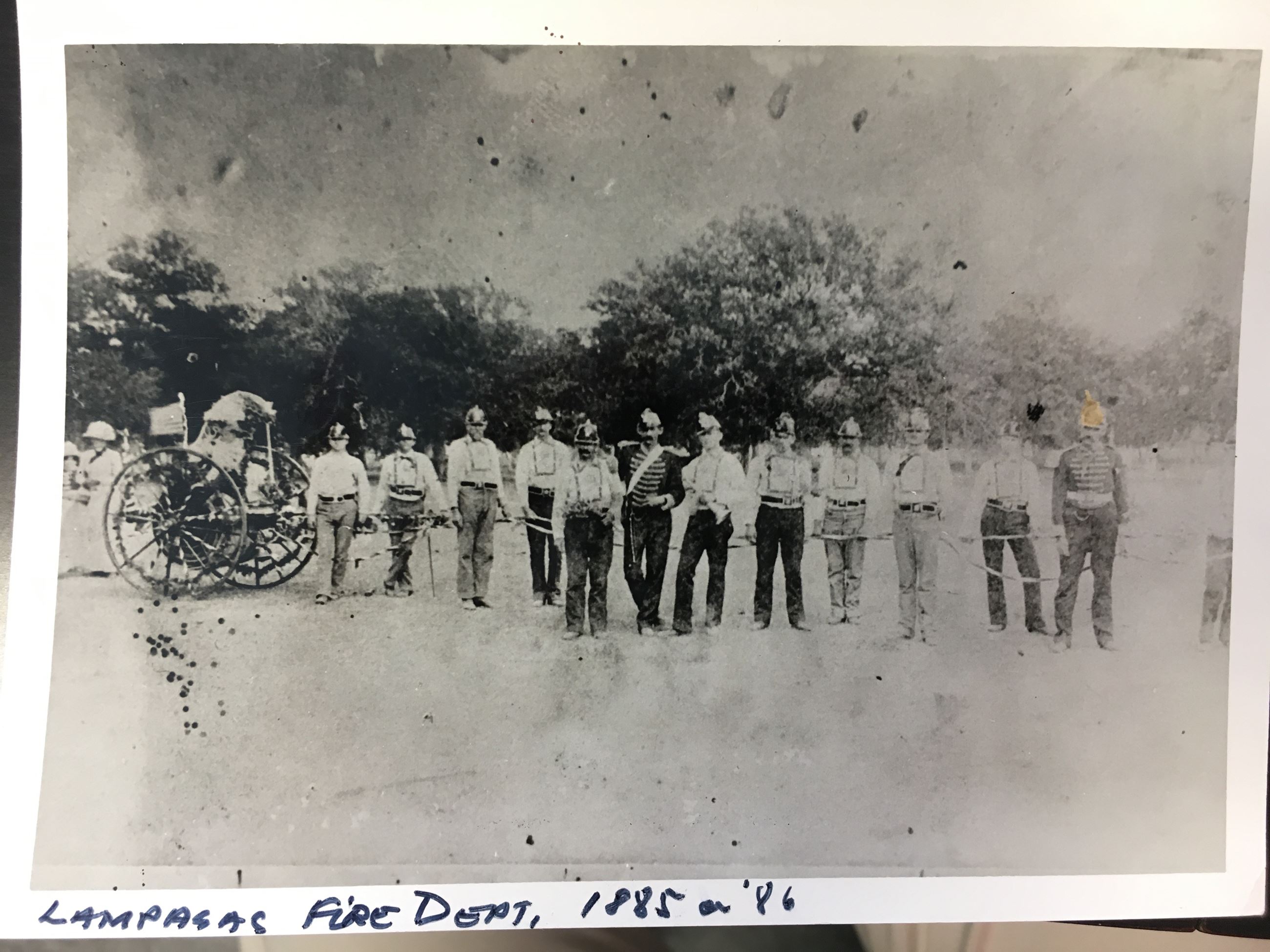